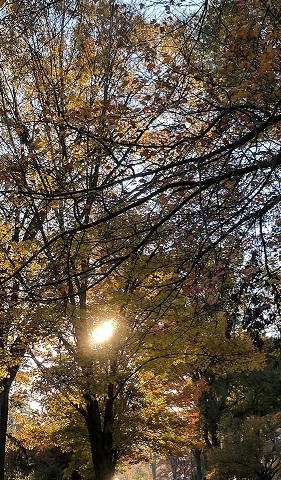 ...but you can never take the rain out of the girl. Growing up in the Pacific Northwest, rain is a constant; we have 90 ways of describing the gray-ness that envelopes the city, lowlands and coasts — and the words differ depending on your location. In my current near-South location, autumn is rapidly coming to a close and yet, the sun still shines — and it’s not that I don’t appreciate the sun, but I miss the life-giving force and comfort of the rain, despite the fact that when I live in the Northwest I must seek the healing power of acupuncture and high-intensisity lights to work through my seasonal depression. When I find neighbors still watering their lawns here, I’m aghast at the wastefulness — for in such a dry climate, how could one use this precious water for such luxury, when we have no idea when next we’ll see it in the sky? If my skin is so parched that no amount of water consumption or moisturizer makes a dent in my appearance or well-being, how must the land feel? It doesn’t take much historical reading to learn that crop failure is routine in the Mid-Atlantic due to weather conditions — early writings of Thomas Jefferson amongst other historical figures clearly indicate the financial boom and ruin of the region based on rain’s presence or absence.

As a Northwesterner, you learn as a child that rain and then snowpack define your level of water-usage throughout the year — no rain and no snow indicate “hold back” and most folks I knew growing up never watered their lawns — this obvious waste of a natural resource was forbodden. You learn to crave the rain, even when it causes traffic snarls, afternoon letheragy (an abundance of caffeine and chocolate cures exist to assist) and an obsession with the latest fleece styles. I suppose it’s possible that those of us that grew up with constant water in the sky are both blessed and cursed with the love of mist, dew, drizzle, sprinkle, downpour (usually only during November i.e. many famous Thanksgiving Day storms), pineapple express, el nino, el nina — and the list goes on. According to The Weather Channel, most PNW cities have less than five days per year with more than one inch of rain — but it rains at minimum, 150 days per year. To compare, New York receives about the same amount of average rain — but 30 more dry days (120 or so wet ones).

As the season of Advent unfolds, thoughts of light, darkness and shades between allow a bit of time for ponderance. Does my ever-watering neighbor continue in their pursuit of a lush lawn because their faith is stronger than mine? It’s a question worth asking, because my faith generall falls to go-slow, ponderous yet sporadic methodology. Does their watering timer provide the comfort of knowing that moisture, will be restored and that light will always follow darkness? Is my lack of watering, a lack of faith that the skies will once again open to reveal both skin and land-saving drizzle or even all-out stormdrain clogging, fat, lucious drops of what we Northwesterners call liquid sunshine?

This I know — I now dream in rain, because it is missing from my soul — the same rain that often tortures me, is part of me — it allows me a freedom that endless sun and heat do not. Rain provides the mental and intellectual respite for which sun is the opposite — sun drives, it does not rest. So until I return to greener roots…

Shop for Cool Stuff at Powell’s